There are currently 15 domains in the network. These are listed in alphabetical order below, along with their respective feeds and social media accounts.

Type: Collective
Keywords: Entertainment, Fanlistings, Pop Culture
Registered: 17 March 2020
Launched: 17 March 2020
Version: 1 – Wisps of Love
CMS | Host | Registrar
Shi‘s fanlisting collective. This domain contains all the fanlistings I own and run, as well as those due to join the collective shortly and the ones I wish to own. Current layout is various hues of pink and lavender on white.

Type: Collective
Keywords: Anime, Fanlistings, Manga
Registered: 23 April 2019
Launched: 21 August 2019
Version: 1 – Lilac
CMS | Host | Registrar
Shi’s anime fanlisting collective. This domain contains all the anime fanlistings I own and run, as well as those due to join the collective shortly and the ones I wish to own. Our current design is quite feminine, with swashes of lavender, pink and peach.

Type: Collective
Keywords: Anime, Characters, Fansites, Gaming, Manga, Media, Series, Shrines
Registered: 21 January 2016
Launched: 23 August 2019
Version: 1 – Lavender Lights
CMS | Host | Registrar
Shi‘s anime, manga and gaming fansite collective. This domain serves as the hub for all my fan-made websites on various series, characters and media that I love. These are usually of the anime, manga and gaming genres. The site layout is a pretty mix of light pinks and purples, inspired by butterflies and watercolor.

Type: Collective
Keywords: Aesthetic, Fansites, Favorites, Loved, Personal
Registered: 27 June 2017
Launched: 3 September 2019
Version: 1 – Rosy Heart
CMS | Host | Registrar
Shi’s collective of websites featuring topics near and dear to her heart. The sites within this domain have a wide variety of subjects, but all are beloved to Shi. I thought it would be wonderful if they had a website of their own, with a fitting TLD name. The domain has a launching layout of gorgeous pink and white.

Type: Collective
Keywords: Characters, Fandom, Media, Series
Registered: 23 April 2019
Launched: 1 September 2019
Version: 1 – Purple Blooms
CMS | Host | Registrar
My fansite collective. This domain contains all the fan-made websites I own and run on various fandoms that I love, featuring various series, characters and media. The TLD name was inspired by the beautiful and creative pony named Rarity in Hasbro’s My Little Pony mythology. The word itself denotes “the state or quality of being rare” or “a rare thing, especially one having particular value”. Layout is various shades of purple on white, inspired by violet blooms.

Type: Website
Keywords: Anime, Derivative, Fanworks, Fics, Series
Registered: 26 February 2020
Launched: 6 March 2020
Version: 1 – Blooms
CMS | Host | Registrar
Shi’s archive of fan fiction she has written over the years. Rei is a Japanese/Nihonggo word, which most commonly stands for “spirit” or “soul”. I chose a Japanese name for this domain because majority of its contents are derivative works from various Japanese animated series I love. Layout is elegant rosy pink and black on white.

SHINOBI.NU
A ninja at heart

Type: Blog
Keywords: Beautiful Things, Entertainment, Fandom, Randomness
Registered: 23 April 2019
Launched: 26 April 2019
Version: 1 – Shadow Heart
CMS | Host | Registrar
Shi’s blog on fandom, entertainment and beautiful things. This is the companion blog to the content of my fan sites under Shi.nu. I chose the name “shinobi” as it is a Japanese term generally synonymous with ninja, a shadow warrior. It also doesn’t hurt that the word contains my nickname/online handle, Shi. The current theme is beige, grey and bronze, inspired by dusk and shadows.

Type: Collective
Keywords: Fandom, Fansites, Portal
Registered: 18 March 2016
Launched: 28 July 2019
Version: 1 – Floral Blush
CMS | Host | Registrar
Shi’s fansite collective, the hub to all my fan-made websites on various fandoms and topics that I love. I am particularly fond of anime, movies and books, as well as cute and beautiful things. Most of the sites in the network are under these subjects. The launching theme is light and blush colored, with hints of bronze and rose gold.

Shi is a multi-lingual published author, award-winning journalist, blogger, web savant, grad student and master home chef. By trade, she is a finance advisor, international fitness coach and athlete, and professional shopper. Originally from Philippines, she lives in Oman with her family. She loves books, movies, anime, tea parties and, of course, coffee! Please feel free to share some love ♥

Shi.nu is Shi's fansite portal, the hub to all my fan-made websites on various fandoms and topics that I love. We been online since 28 July 2019, with visitors to date. Donations and sponsorships are welcome for site upkeep. 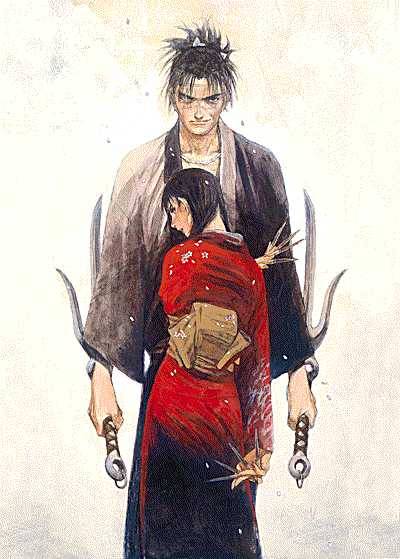 It's all about #pink and #gold! #flowers #laptop #